The first stop on the backlot is the Warner Bros. jungle. We couldn’t go in because True Blood was set up to shoot that evening. 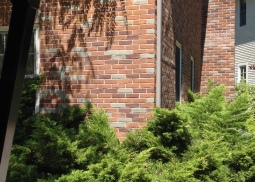 The exterior sets may look like brick or concrete, but they’re really a fiberglass shell created to look like stone. Why? If they need a brick house to have wood siding, it’s a lot easier to take down and re-apply fiberglass than it would be to re-do real bricks. 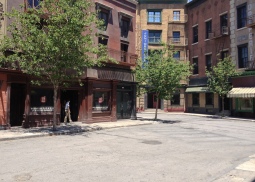 The backlot is full of streets like this, built to appear as if they turn around a corner when in reality they simply end.

In the middle is a town square, this house used for the Growing Pains intro sits on the corner. It’s a practical set, meaning it can accommodate shooting inside as well. Most of the house structures are this way. 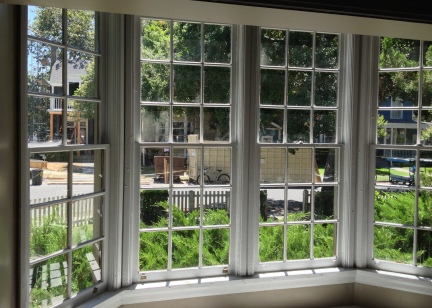 Looking out the bay windows of the Growing Pains house. 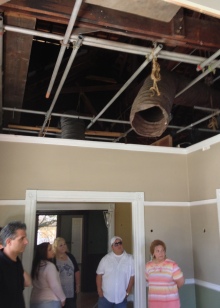 The inside of a functional set is like an empty apartment, but without ceilings. That tube funnels in air conditioning. The night before a shoot they will crank it down to the 50s. When the set is full of people and equipment, the rooms get very warm.

For shots that require a ceiling, they can drop a panel over the walls. None of the walls are load-bearing, meaning they can be moved or removed as needed.

All of the houses are built to look different from every angle. This looks like a different house, but it’s really a corner of the Growing Pains house.

This was Uncle Jessie’s house on Dukes of Hazzard. Boss Hog’s house was the other side of the same building.

The house exterior Ronald Reagan’s character lived in in Kings Row. Two doors down from the Seavers. 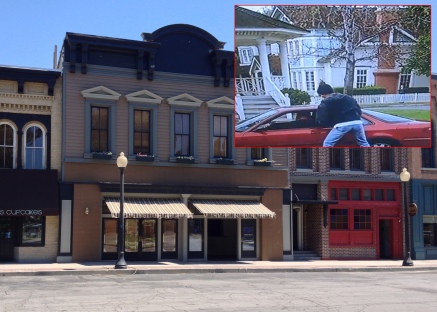 You wouldn’t recognize it, but this is where they shot the carjacking scene for the Seinfeld finale. How do you know? Look in the background of the inset screenshot. That’s the Growing Pains house.

This building on one side of the square was the courthouse in Dukes of Hazard. Right now it’s a high school for Pretty Little Liars on ABC Family.

This little building looks like a farmhouse and sits on one corner of the square. 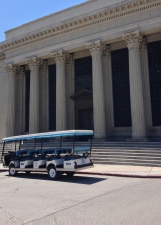 Batman and Robin ran up these steps in every episode of the old TV show. They filmed it exactly once and replayed the same footage every time.

Warner Bros. is renovating several of the exterior sets to remove rotting wood.

This street set was used for the Hardee’s Man of Steel commercial. That fresh concrete filled in the hole the actors were working in. In the background you can see the El train built for ER. 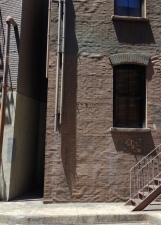 This is where they filmed the upside down kiss with Toby McGuire and Kirsten Dunst. They had to stuff McGuire’s nose with cotton balls because the rain was going in his nose, in effect drowning him. Worth it for a kiss with Kirsten Dunst, I’d say.

The El train exterior built for ER. It’s not steel, and it wouldn’t support a golf cart much less a train car. 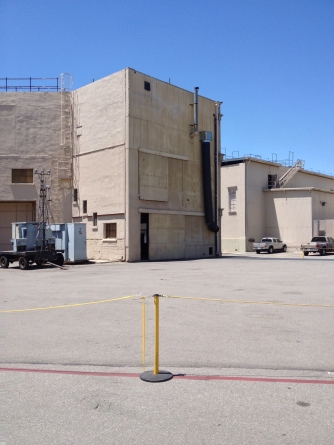 This used to be the home of a large build out for the entrance to County General on ER. I got to see it as that when my family toured the lot in 2002.

Stage 16 is one of the tallest sound stages in the world at 65 feet. It’s been home to countless memorable scenes, including the t-rex for Jurassic Park.

Friends is long gone, but they rebuilt the Central Perk set in a corner of the prop shop. In 2002, I got to see the real thing. Very cool. 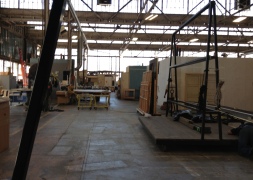 Warner builds its sets on-site. First they’re constructed in the construction area, then they’re dismantled and rebuilt on their sound stage. 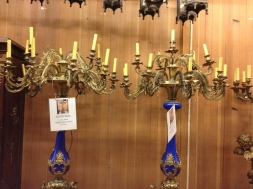 These lamps in the Warner Bros. Studios prop department are available for rent…for $25,000 each, per week. 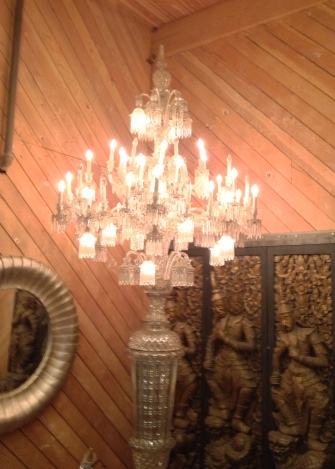 This lamp is one of only four remaining in the world, designed by a Russian czar. It’s worth $1.5 million. Warner Bros. has two.

Atop a cabinet in the massive prop shop are these skull masks used by Penguin’s bad guys in Batman Returns.

This is an exact replica of the Resolute Desk from the Oval Office, used for The West Wing.

I like to take full advantage of the web’s ability to accept lengthy blog posts, but this one grew longer than even I can stomach. Last week I spent a day touring the Warner Bros studio facility in Burbank, California.  I took a ton of photos and got a lot of cool information, so I will break it into several posts:

Here are all the best photos. I’ll refer back to these throughout the posts and talk about parts of the tour we weren’t allowed to photograph.