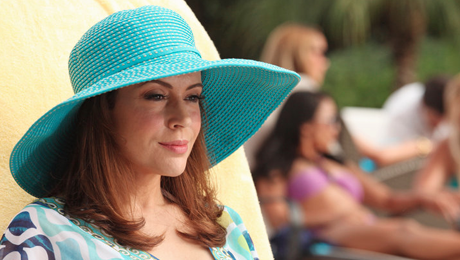 As I learn more about television I am surprised at the number of times I read something like this from a writer:

We left one of our main characters in a life-or-death cliffhanger at the end of the season. When we sat down to break the next year we looked at each other and said, “How are we going to get ourselves out of this one?”

I always assumed shows let their character’s fates hang in the wind for viewers while knowing exactly how they would resolve it. It turns that isn’t always the case.

Enter the season finale of Mistresses. Savi wakes up in the hospital after a serious car accident to learn that her baby survived and her co-worker, Dom, is its father. As Dom confesses his love, she flatlines. Joss, Dom, Harry and April watch helplessly. Doctors rush in. She’s not responding. It does not look good.

I criticized Revenge for teasing us about Emily getting shot in its season three promo. We all know main characters on primetime dramas don’t die. But watching the end of Mistresses I believed, just for a moment, that the cliffhanger would not be whether she lives or dies, but that she dies. Major.

I was wrong, we don’t know Savi’s fate. Odds overwhelmingly favor her survival. But what if…? How could a show, a surprise summer hit, no less, kill its main character, who is played by its biggest star, and go on? 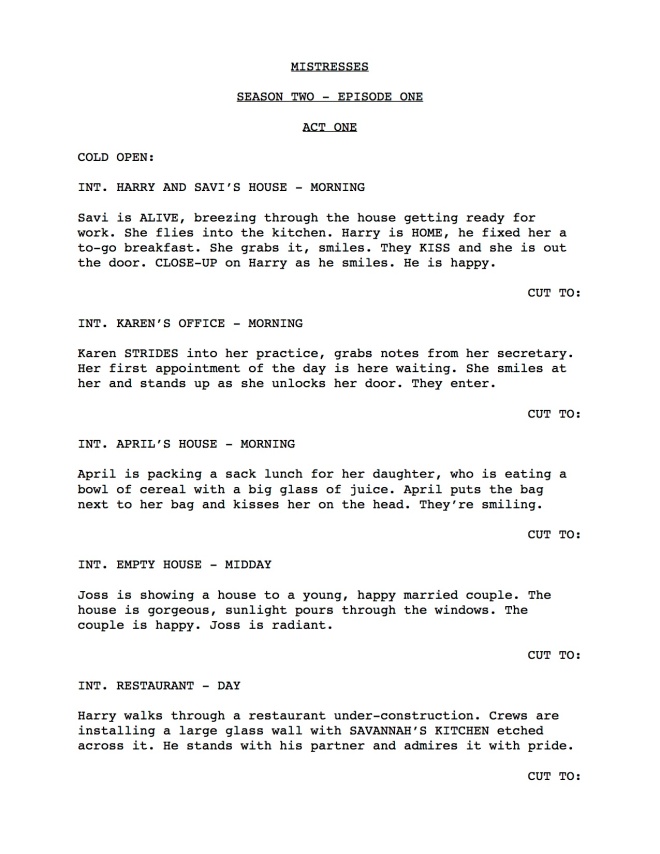 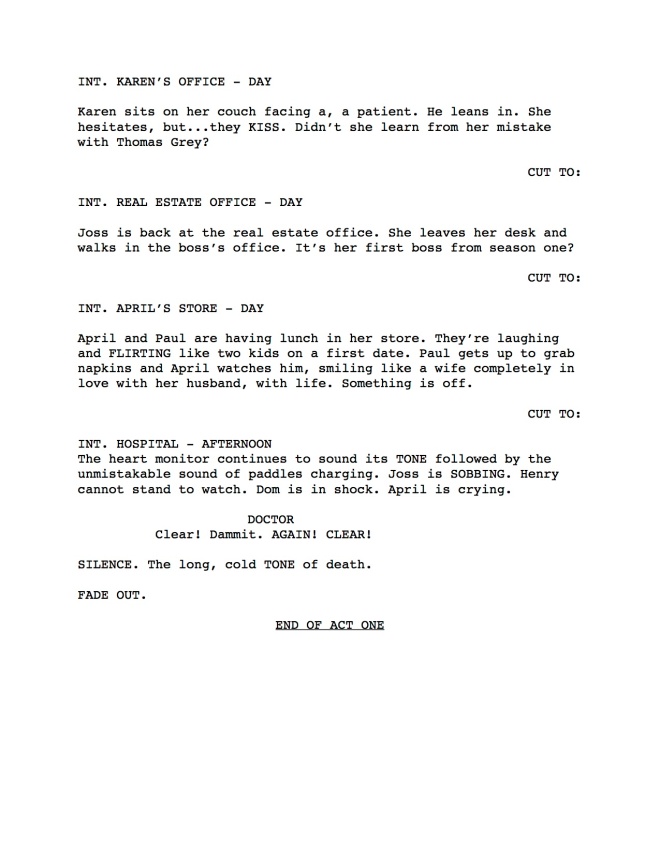 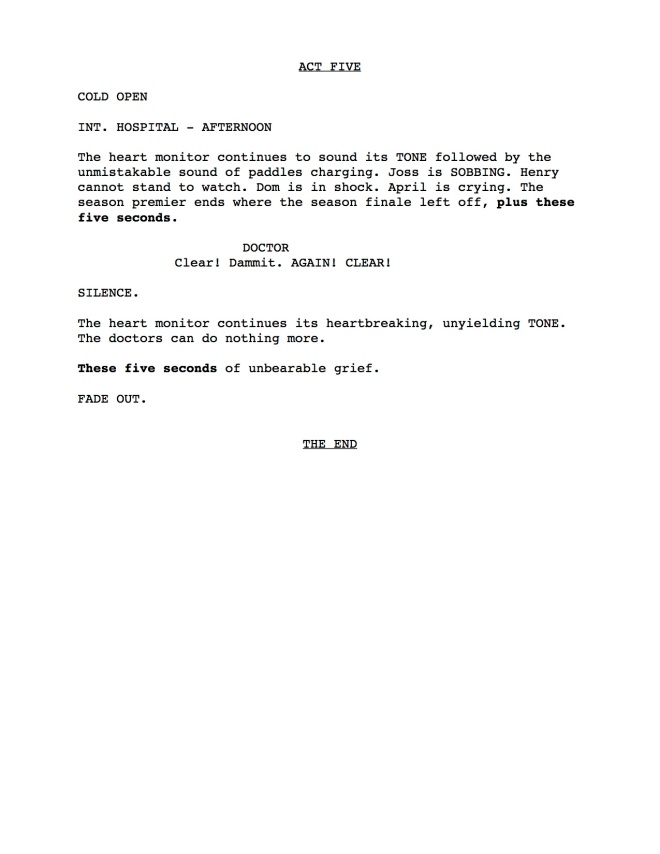 These aren’t real of course, I wrote them and made them look like TV scripts. But they provide a way for Mistresses to let the Savi character die without booting Alyssa Milano from the show. In the first, we see the characters as they were three years ago before they ever made the mistakes they dealt with in season one. At first the jump back in time isn’t clear, but by the time we’re back in the hospital with Savi we know the story moved backwards. The rest of the season two premiere after this would hop back between then and now to show how they handle the immediate aftermath of their friend’s death and set up the story for the rest of the season.

The second one moves Savi’s fate to the end of the episode (you’ll notice how it skips from act one to act five). It could use the acts in between to show a time in their lives when they were all happier before crashing back to the present to see their friend die.

Each one keeps Alyssa Milano in the show, lets her character die and opens the door to new stories. It would be unconventional, but I think it would be fun.