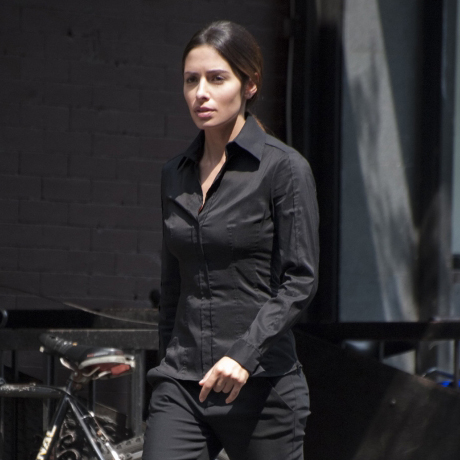 The final episodes of Person of Interest’s second season were fantastic, but as I look back on them they feel more like a series finale. The start of season three reinforces the feeling. The two-man team of Harold Finch and John Reese is now a team of five. We knew it would expand to three with the addition of Samanatha Shaw, but I did not see Fusco and Carter coming so fully under Harold’s umbrella. The plots The Machine involves them in are more complicated now and require the extra people. This is great for the show. The Harold and Reese duo was beginning to grow stale. I think it is better to shake that up now before it turns into a drag the show can’t recover from.

Shaw’s snarky and no-nonsense style plays well against Finch, and Reese appreciates her style for the way it knocks Harold off his guard. The most recent episode gave us the background we need to appreciate her character and her…odd…range of emotions. The writers did a great job of showing how her personality was present at a young age and contrasting her childhood and adulthood with a young girl from Russia who fancied herself a spy. The end of the episode took care to show us that Shaw has emotions, they’re just muted. Now we can wait to learn more about how  she became involved with Hesch and Northern Lights.

Detective Fusco got his new lease on life late last season and is now a normal enough detective that he has the freedom to answer Finch’s every call. Joss Carter on the other hand was demoted for snooping too close for HR’s comfort after it took out her boyfriend and fellow detective Carl Beecher. The HR storylines have never been my favorite part of the show. I hoped after both seasons it would recede from the show, and it appears that hope will again go unfulfilled this season. Officer Carter’s partner is, you guessed it, in HR’s pocket, but she was onto him and forced him to work for her in a great scene at the end of this week’s episode. HR wants to find Mr. Reese and I have to say I have no desire to see this storyline.

The most mysterious character in Person of Interest has always been The Machine. Last season climaxed with it rebooting and self-relocating out of its original hiding place inside a nuclear facility. How it came back and how it changed was set to be a major part of the season, but it has been almost nonexistent.

When it does play out, it comes via Root. She got the final scene last season to answer a call at a yellow pay phone a psychiatric hospital. The “new” Machine took it upon itself to help her break out by speaking to her in the same “God mode” it did while ,it rebooted. Amy Acker’s perfection for the role of Root shined in her counseling sessions with the hospital’s psychiatrist. After telling him for weeks that “God” was talking to her, she predicted to him exactly what was about to happen before she escaped during their final session. His reaction was fantastic and Acker played up every bit of the patient curing the doctor.

How The Machine interacts with her could provide clues to its new personality. We have no reason to think Finch created or knows of a way for it to access its own God mode to interact with anyone. In fact he seemed bewildered when he arrived at the hospital after Root’s escape. Is this a new ability it created for itself? A side effect of the virus-within-a-virus Harold created that infected it last season? We will find out.

We will also find out who the mysterious Ma’am was that Hesch visited at the end of last season. He and Ma’am view her as enough of a threat to warrant his attempt to eliminate her in the hospital; Harold obviously feels the same because he locked her away in an institution. Maybe those two will team up this season to ensure she isn’t able to achieve her goal of freeing The Machine?

I have one bone to pick with some of the early storylines. Not long after last season ended, the Edward Snowden story launched government surveillance to the top of the world’s radar. Every time a new revelation came out about the government tracking phone calls, reading emails or hacking bank accounts I couldn’t help but think, “That’s The Machine!” It was kind of spooky.

The Machine’s mystique — fed by its secrecy — is integral to the show’s make up, not just within the show but in viewers’ minds. The thought that government could be capable of the electronic dragnet Finch uses helps us believe in the story. It is too fantastic to be real, therefore it must be entertainment. To find out it exists in real life is as if Harold would turn to the camera in the middle of an episode to confess that he is a real life NSA employee.

How the show deals with this, if it does at all, could elevate the show even higher or sink it. That’s why I would prefer they ignore it entirely and go on with the story exactly as they imagined it before anyone heard of Edward Snoden. Maybe that is what they are doing, but too many of this season’s episodes have devolved into a lecture about online privacy.

I think we are one or two episodes shy of seeing everything we need to know about what this season will contain. For the most part, it’s on the right track to maintain its position as the most enjoyable show I watch.