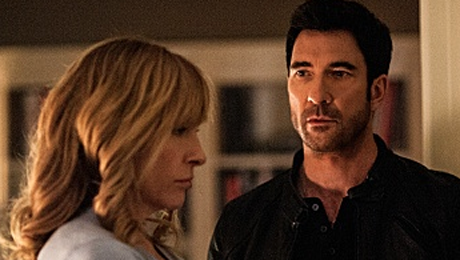 We all take the risk of being wrong or exposing our stupidity when publish our thoughts, and I don’t want to mock someone else whose opinion turns out that way. But when someone is so completely and spectacularly wrong I can’t help but point it out. I did it last summer with a guy who thought watching television was a waste of time, I’ll do it today with this guy who thought the new CBS drama Hostages was terrible.

His brilliant “review” began with this sterling exhibition of prose:

“Who gives a damn. This show is unlikeable.”

Wow. I’m convinced. Hostages must be pretty bad. LOL. He goes on to judge the whole episode based on his belief that the opening scene should have been longer. Not whether or not it was any good. Nope. Just thought it should be longer. Instead of taking the show as a whole he seemed to stop thinking about it right there.

By doing so he completely missed what Hostages is about: The hostages versus their captors. In trying to sound like a sophisticated critic who could tear down a show, the genius expected the entire story to play out in its first episode.

Look at some of his assertions and how they are now known to be completely wrong.

There is no background about the president. He is correct in the sense that the president didn’t figure prominently into the premiere but wrong to think he has to be a central figure in the show. The writers outsmarted him and came up with a creative way to tell a story about an assassination attempt that doesn’t revolve around a presidential character. Making the president secondary reenforces the fact that the show’s central conflict is the Sanders family versus Agent Duncan Carlisle.

The Sanders family is not endearing. Labeling them all unlikeable blinded him to the beginning of the storylines that have played out since. The father’s affair, the daughter’s pregnancy and the son’s drug problem all played major roles in advancing the story and the characters later on. They helped pull the family together for its attempt to escape, which cemented us on their side in their fight against Agent Carlisle. Speaking of…

Carlisle is dumb. He was sort of right in asserting Duncan Carlisle was not smart enough to execute an assassination plot because the show has since revealed he is not the mastermind. We’re getting glimpses of who might be, and I expect we will soon know for sure as we head into the second half of the season. Then we will fill in the answers the reviewer claimed should have been answered in its first episode.

In his last attempt to sound intelligent, the author posits that Carlisle and Dr. Sanders know each other. It’s pretty sad, really, watching someone grasp at straws to prove his value as a blogger. It’s especially sad in this case, because the blogger is me!

I really blew it on this one. I was certain Hostages stunk. The early ratings backed me up and continue to with last week’s episode hitting a series-low 1.1 share. But I can’t hide behind the ratings.

Hostages has done a great job of giving us a story I didn’t see coming. I was so focused on the “assassinating the president” part that I didn’t see what the pilot put in front of us. It isn’t about the president at all. It’s about how this doctor and her family – her imperfect family – handle Duncan Carlisle holding them hostage.

It resembles Lost in that way. Being taken hostage and ordered to kill the president is the Sanders’ Flight 815. Being followed and monitored every hour of every day is their struggle to survive on the island. They all must confront mistakes from their life before captivity. The father had an affair, the daughter became pregnant, the son owed money to a drug dealer. Dr. Sanders faces the moral dilemma of her family’s life versus the presidents. When I said I could get behind a good story, this is what I meant!

Duncan Carlisle is a hostage in his own life, pinned in this plot he did not conceive. He cannot walk away and must, just like his captives, improvise his way through a situation that was never supposed to go on this long.

If I though it was so bad, why did I watch after the premiere? I’m not sure. Maybe I didn’t trust what I wrote. I enjoyed finding ways to say it stunk and got so caught up in the fun that I wrote what I thought would be entertaining instead of being accurate. Hostages is what I profess to enjoy about TV. Its characters are real and their decisions are driving the story, and I missed it.

CBS, like all networks, stupidly does not keep shows online during their first season. I cannot for the life of me understand why. If a new show picks up buzz halfway through its season, wouldn’t they want new viewers to be able to catch up? Instead they’re telling us, “Too bad. We don’t want you watching our new shows unless you were there in the beginning.” They learned nothing from the way Breaking Bad grew its audience through Netflix.

Unfortunately that means if you took my advice and stopped watching or never watched Hostages you don’t have a way to catch up. Blame me. When it comes on Netflix I encourage you to check it out. It’s good stuff.